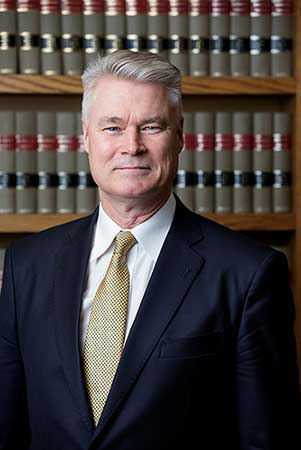 Dennis studied business administration and law at the University of Manitoba, graduating with his LL.B. in 1983. After completing his articles at Monk Goodwin he was called to the bar in 1984, and co-founded Hook & Smith. The firm has been located in the St. James area of Winnipeg for over 30 years.

As the owner of a busy firm, Dennis is also a businessman, and has practical insight into the challenges of his business clients. He practices mainly in the areas of corporate and commercial law, wills, estates and trust law, and commercial and residential real estate law. He lectures on the basic principles of contract and agency law for the New Home Sales Agent Course presented by the Manitoba Home Builders’ Association.

Dennis served as an officer in the Canadian Naval Reserve early in his career, and continues to participate as seminar lecturer on wills and estates as part of the Second Career Assistance Network for the Department of National Defense. He is a member of the Manitoba Bar and Canadian Bar Associations. 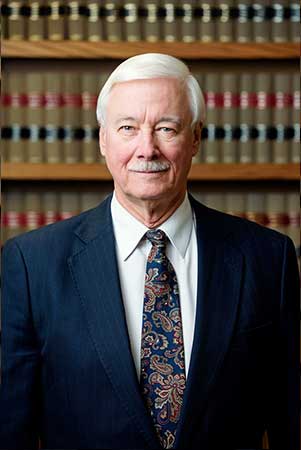 Winston graduated from the Manitoba Law School at the University of Manitoba, and was called to the bar in 1967. He contributes experience and expertise arising from a career spanning nearly five decades.

As associate and partner of the former firm of Tallin and Company from 1967 to 1977, and as associate, partner, and managing partner, at Monk, Goodwin and Company from 1977 to 1983, he practiced in both civil and criminal law. He was appointed Regional Counsel for Canadian Pacific Limited in 1983 where he managed the operations of both the law and claims departments, located in Winnipeg. In 1995 he joined the Transportation Department of Aikins law firm as a senior associate.

Winston moved to Hook & Smith in 2001. He currently practices in the areas of corporate, commercial, and residential real estate law, wills, estates, and trusts, as well as employment and transportation law. He is a member of both the Manitoba and Saskatchewan Law Societies, a member of both the Manitoba and Canadian Bar Associations, and in 1996, was appointed Queen’s Counsel (Manitoba). He is also a Lecturer with the Transport Institute of the University of Manitoba. 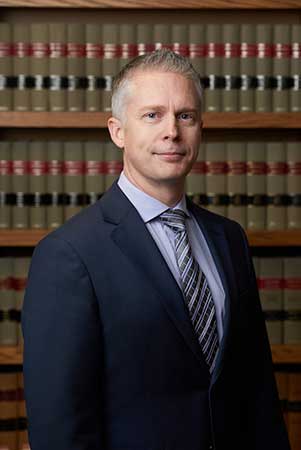 Geoffrey graduated with his M.A. in Canadian History from the University of Manitoba. After briefly considering a career in academia, he found himself in Asia, teaching English as a Second Language in Japan and South Korea.

Seeking a more challenging career, Geoffrey returned to school and obtained his Juris Doctor from Bond University in Queensland, Australia in 2011. He was approved for accreditation to practice law in Canada without the need for further study or examination and received his call to the bar in 2013.

Geoffrey practices mainly in the areas of wills, powers of attorney, estate administration, corporate & commercial law, particularly commercial real estate, corporate reorganization, governance, and other business matters, and in the area residential real estate law (including drafting and reviewing condominium declarations, by-laws, and other documents to ensure they adhere to The Condominium Act.) He is a member of both the Manitoba and Canadian Bar Associations.